While it may be the coldest month of the year, nothing will stop Crime Stoppers Guelph Wellington (CSGW) and its supporters from flying the flag in support of the program every January! 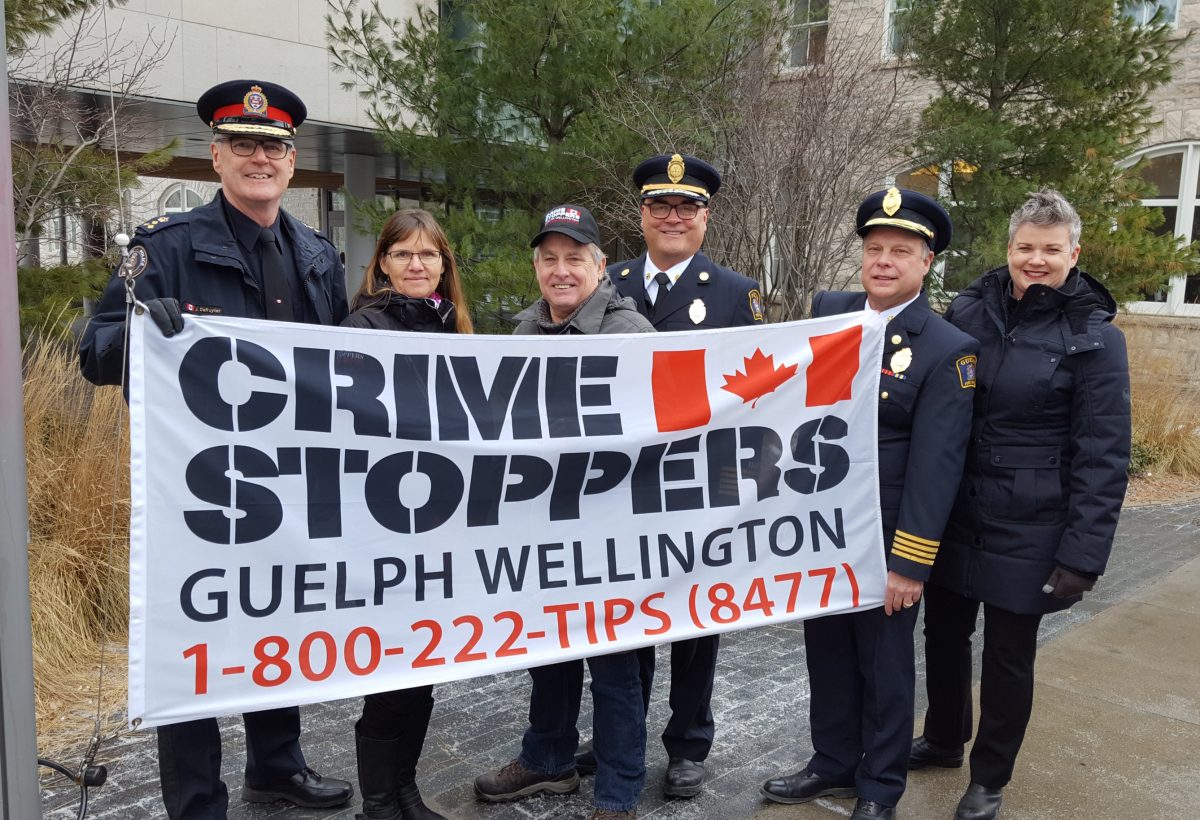 The flag will fly at Guelph City Hall until January 25, marking Crime Stoppers Month within the City. 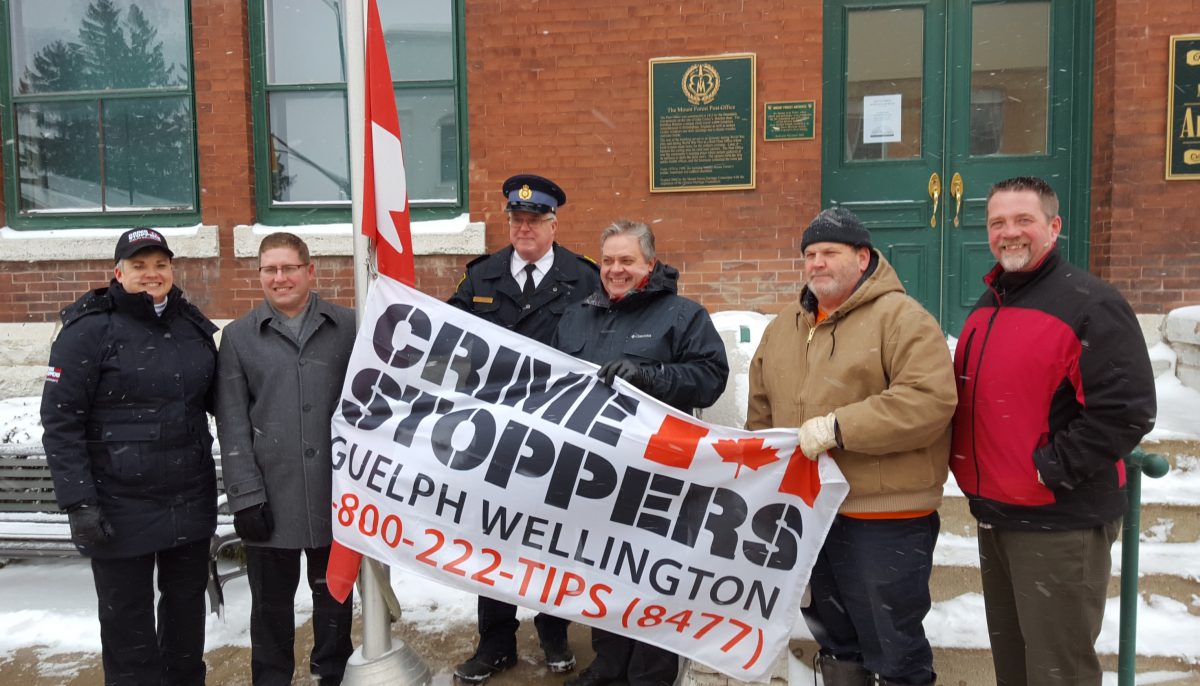 It was the traditionally freezing flag raising in the Township of Wellington North as local dignitaries and media attended the Mount Forest Museum and Archives on January 10th.

The flag will be flown at this location for the month of January.

The 2019 theme for Crime Stoppers Month is “Say It Here”, which encourages members of the public to share what they know about crime “here” with CSGW.

The local program is also advocating “Join Us” as an appeal for Board members. CSGW is governed by a Board of Directors who represent all areas of Guelph and Wellington County. The Board is a positive, engaging, fun and rewarding body. It’s primary function is fundraise, which ensures there are resources to pay Tipsters for their Tips that lead to arrests.

Those interested in applying for this volunteer position are invited to “Contact Us” through the website. An application will be forwarded to interested applicants who reside or work within the City of Guelph or County of Wellington. 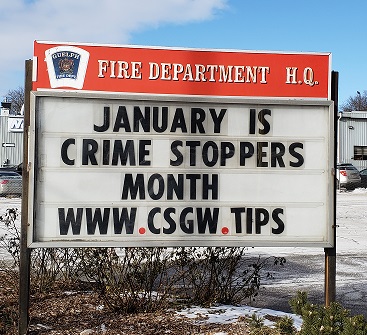 January is celebrated as Crime Stoppers month nationally. Theme for 2022 is STOP THE CRIME OF HUMAN TRAFFICKING  #STCOHT THANK YOU to […] 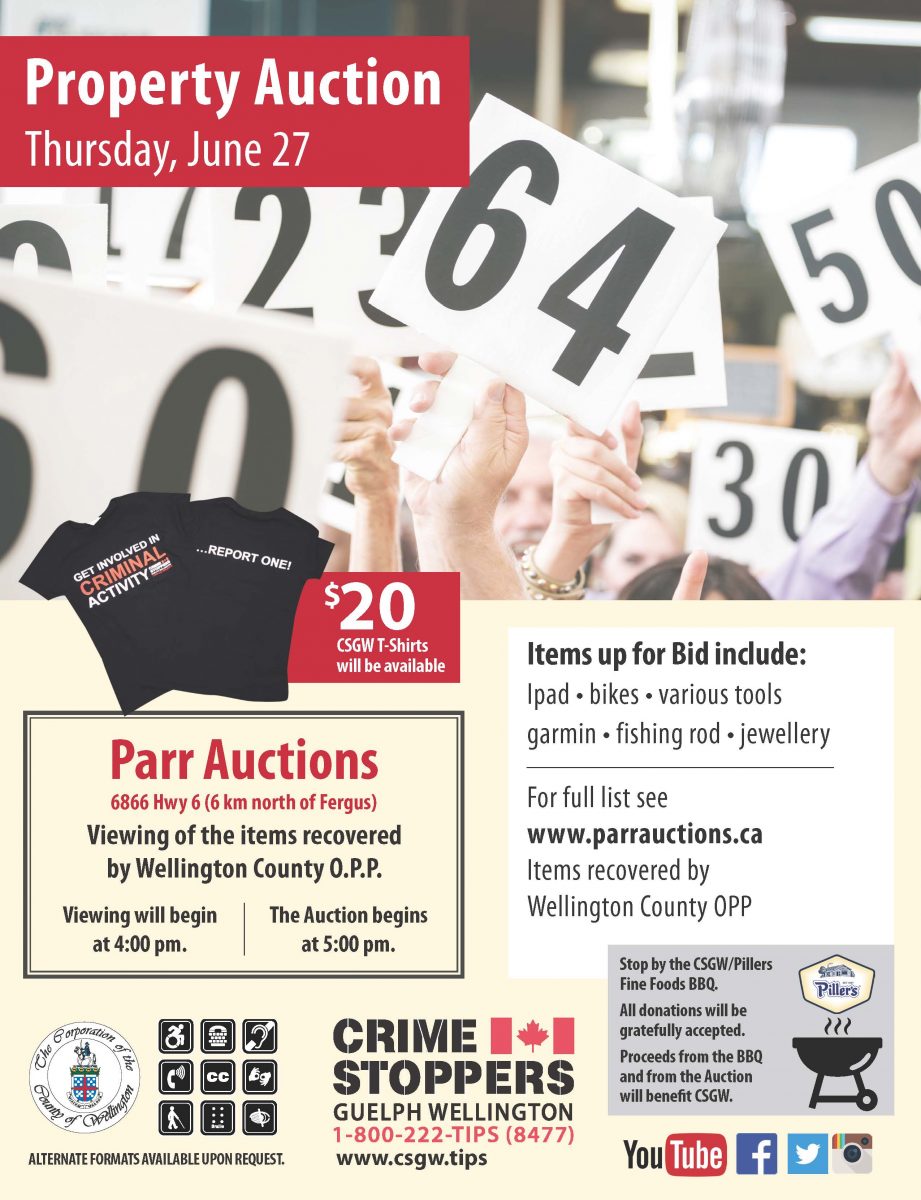 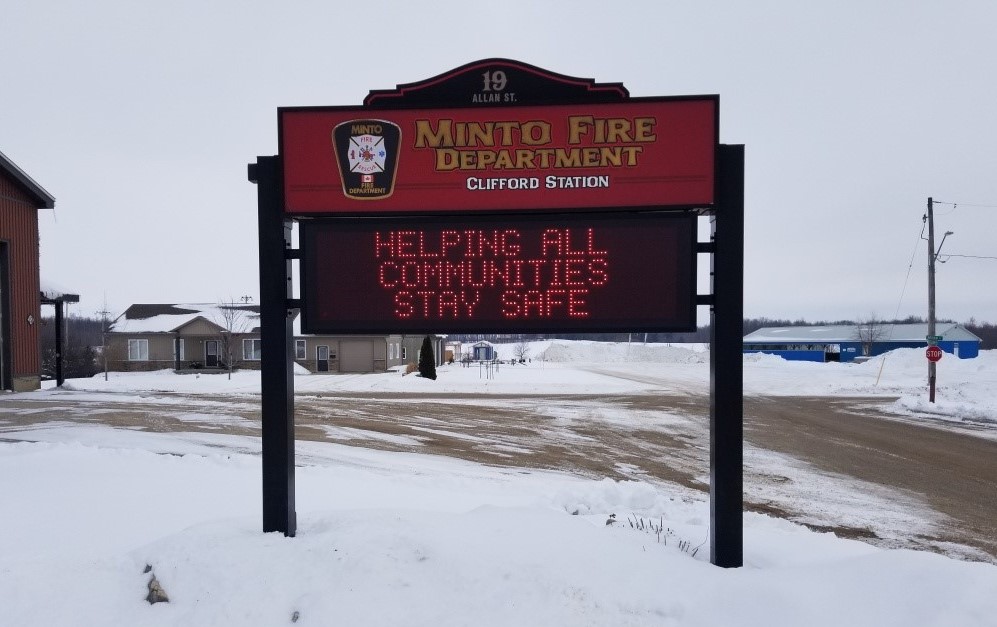 The month of January is celebrated as Crime Stoppers Month nationally. THANK YOU!